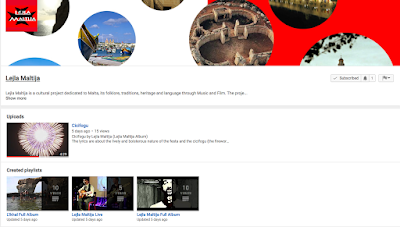 Lejla Maltija has just launched its own You Tube channel featuring tracks from its two albums, "Lejla Maltija" and "Ikħal"together with some live videos.

Most of these videos had been released by Anidroc Tube and appear as playlists, however one video for "Cicifogu" has been uploaded and can be find only on this channel.

The Chocolate Festival was held in Hamrun 22/10/2016. As the name implies it brought chocolate lovers from all over Malta to enjoy a mildly warm evening. Lejla Malta was there to check it out. .

The pros: A large chocolate Titanic and traditional Maltese bus. There was also Hamrun's symbolic chocolate sculpture with the famous band clubs' instruments mainly drums and brass together with the Hamrun Spartans' emblem. It was also romantic to find a small orchestra playing, "a Whiter Shade of Pale," in a quieter street, next to the Scouts Building. Back on the main street there were two chocolate painters showing off their skills. There was also a chocolate sculpture coming to life. In Lejla Maltija's opinion these were the main highlights. There was an interesting History of Chocolate exhibition and a stand with information about the health benefits of chocolate. 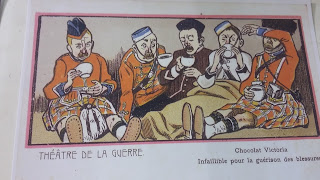 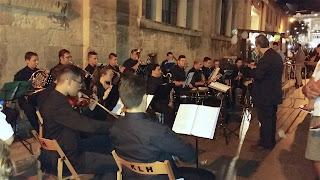 Constructive Criticism: There were the usual hawkers taking the opportunity to sell their wares to the gathered crowd. Even the shops were open all night. There were also hawkers and sellers taking the opportunity to advertise their products and taking advantage of the nearing Christmas and Halloween festivities. There were more cribs and Christmas / Halloween related products than Chocolate products.  Why could there not be a policy, as in other festivals, that all sellers have to produce wares connected or endorsing the chocolate theme if they want to participate? The same goes for the band clubs and other organisations collecting money for their activities. Be more creative. It pays.
We know that the world loves Belgian chocolate, but what about giving a Maltese one a try?


Below is a slideshow for you to enjoy:

Lejla Maltija has just released its new video for Ċombini. The film is set in St.Paul's Bay during the Wignacourt Festival 2016 featuring the Lejla Maltija track 'Iċ-Ċombini' from the Lp Lejla Maltija 2014. 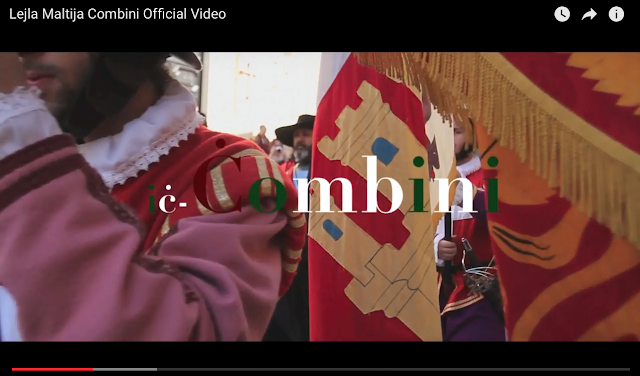 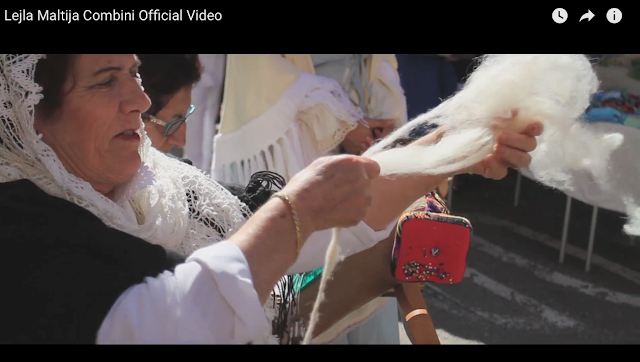 A new video and track release by Lejla Maltija. 'L'Għerien' is a song about the mystery and history within the caves and grottoes of Malta. An original Lejla Maltija track, the music is by Mario Cordina recorded at Anidroc Studios. The Video is obviously filmed in Malta by Anidroc Film for Lejla Maltija. The locations include Għar Dalam, the cave filled with prehistoric remains and the Blue Grotto in Żurrieq with it's red coral and crystal clear waters. The fauna and fish were filmed at the Malta National Aquarium in Bugibba. 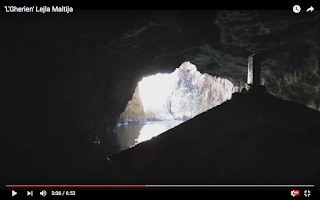 Based on Maltese melodic chords, it is dominated by guitars and hand claps for percussion. Most of the instruments are performed by Mario Cordina together with the vocals. The instruments include the zaqq, a Maltese bagpipe instrument made out of sheepskin, bass and a bass drum which is basically a chair cushion. The music is by Lejla Maltija under the A.M.P. label. All rights reserved.

The Video
An Anidroc Film for Lejla Maltija the video is  directed by Mario Cordina and Jagoda Beltrani. The video shows one of the many daily boat trips round the Blue Grotto and other caves in the area, together with fish and fauna in the Malta National Aquarium in Buġibba. The intro and ending feature the Għar Dalam cave with it's bones and skeletons from a prehistoric age. The video ends with Mario humorously tapping an aquarium glass seemingly hypnotising the fish and the boat trip guide inviting the tourists to check out the echo in the Blue Grotto interior.

The Caves
The caves of the Maltese people, lit up by coral.
Clear water, pure water,
From these the earth built it's bastions,
Around these coastlines,
Shelter and quiet, shelter and quiet,
A little bit of rest for the fish. 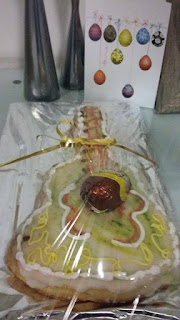 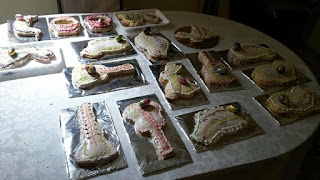 Lejla Maltija has just released a new track entitled 'X'Figolla Jrid?' The film and the song is about the traditional Maltese Easter sweet - Figolla and the custom of men trailing the statue of a risen Christ through the streets as fast as they can dare, cheered on by the crowds. The 'Figolla' is an almond filled pastry often in the form of animals or whatever one may fancy. Keeping the person or child who will receive the sweet in mind, they can accordingly take on the shape of a car or a musical instrument, a character from a fairy tale or a romantic heart. The traditional lamb has now been replaced with football team emblems, even what they call 3D shapes taking over the flat sweet.
Has anyone asked the risen Christ the question 'Which shape of Figolla would you like?'
This is the ironic tale behind the tune in Maltese.

The lyrics in Maltese are by Mario Cordina together with an English translation come below. 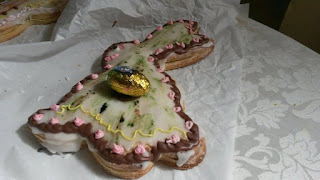 (Who knows which figolla the resurrected Christ wants? Now that he has come down from the cross. They took him out running through all the streets, through the cheering and merriment of the crowds.) 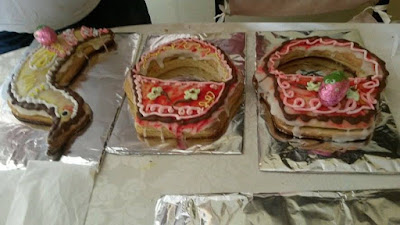 (Ganni i.e. Joseph, wants a figolla in the shape of a guitar. Maria wants a mermaid. A heart with a chocolate egg for Auntie Cett
and a butterfly, I made for my niece.)

(Whoever asked Him,
Which Figolla he prefers?)

The video for 'X'Figolla Jrid' is an Anidroc Film for Lejla Maltija. It features the Easter Celebrations in Malta with figollas and the Statue of the Risen Christ tradition in the cities of Bormla, Birgu, Isla and Mosta. An A.M.P. production 2016. All rights reserved. 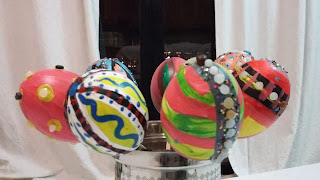 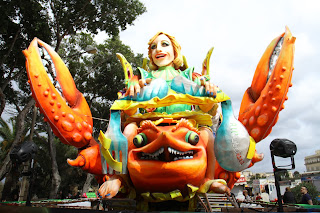 Another collaboration with A.M.P. productions the track is about the Maltese carnival and its colourful traditional melange of floats, dance and parades mainly through the streets of Valletta and Floriana Malta. 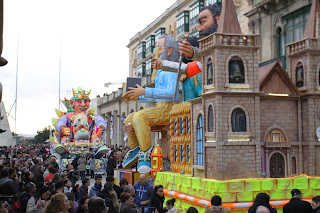 The video is available below:

“The wheel turns on the kukkanija,” (A traditional competitive game where a wheel was placed on a wooden pole greased with fat. Men tried to get to the top of the slippery pole to grab prizes hanging on the wheel.)
“The fama flutters on the Maltese city,” (a flag which was the main prize up for grabs on the kukkanija.)
“The throwing of perlini and prinjolata,” (Perlini almond sweets, used to be thrown onto the public and the carnival traditional sweet, the prinjolata.)
“The crowds throng to watch the parade.” 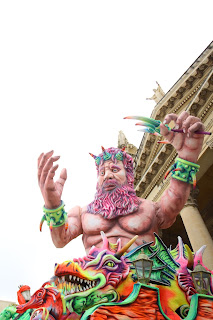 “Once the King of Carnival,” (In the past, the King of Carnival, now the triumphal float that leads the parade.)
“Was an effigy (statue) on a long boat,” (used to be a statue, probably of pagan and/or Roman religion, that used to be carried over the land back to the sea for the new shipping season. In fact the float is called a 'karru,' a carrier used for carrying boats, like a trailer.)
“The dancers where the seamen,” (In Roman times these boats would be accompanied by the seamen wearing masks.)
“The maskarati and the floats of the past.”

“Today is the day of the carnival.”

“Wait, wait, the coffin enters.” (A long lost tradition held that a coffin bearing a man made of straw would be carried into the city at the end of carnival.)
“The straw man under the light of the moon.”
“At the stroke of midnight,”
“The carnival ends, oh why?” (The carnival used to end at midnight with the burning of the coffin. This tradition was replaced with the burning of the King Carnival float. Today, however due to the mechanical and electric parts built into the float, this tradition has been abandoned.)

"Parades and prinjolati, the floats and the masquarades,"
"The buffoon and the idiot, there is no carnival like others."
"Today is the karnival."

Lejla Maltija has posted its video for Is-Sirena out on September 12th. 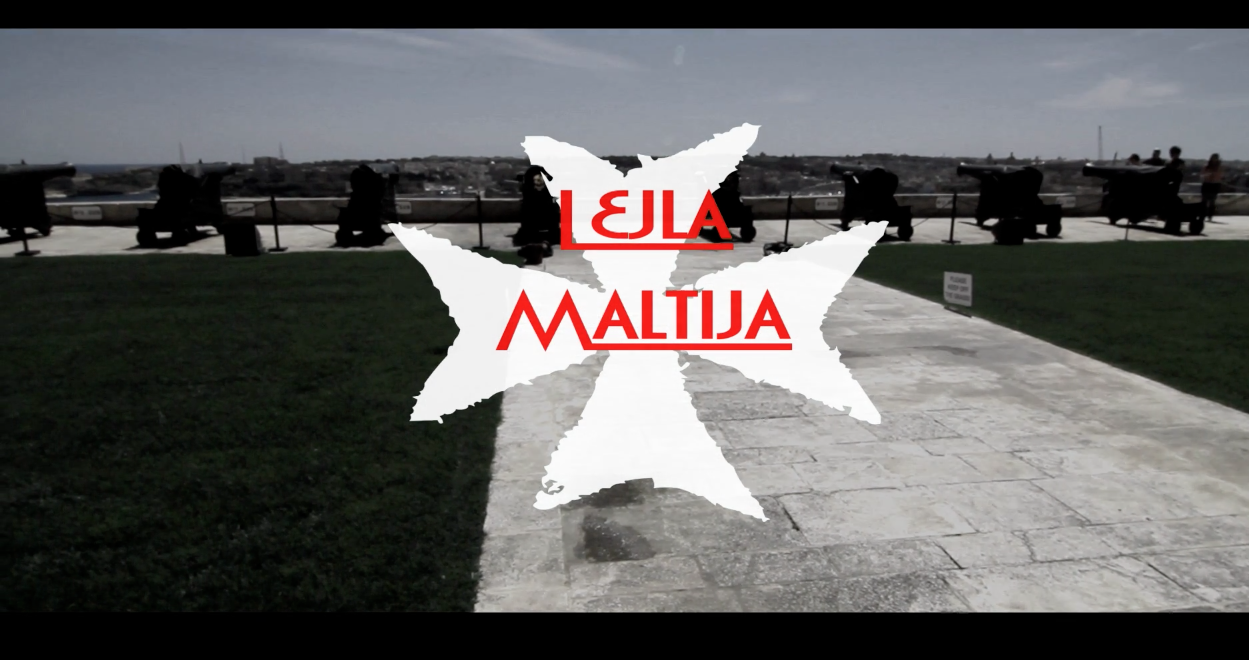 The video was shot in Malta and mainly features a re-enactment  held at the Saluting Battery below the Upper Barakka Gardens in Valletta Malta, together with shots taken inside the Lascaris War Rooms and Air Raid Shelters around Valletta. The Lascaris War Rooms consist of an underground complex of tunnels and chambers that housed the War Headquarters from where the defence of Malta was conducted during the Second World War. For more info about The Lascaris War Rooms use this link. Obviously the video also features Mario Cordina who is the lead singer and heart behind Lejla Maltija. The Video is an A.M.P. production for Lejla Maltija. The track is an Anidroc Production for Lejla Maltija. Recorded at Anidroc Studios 2014. All rights reserved. 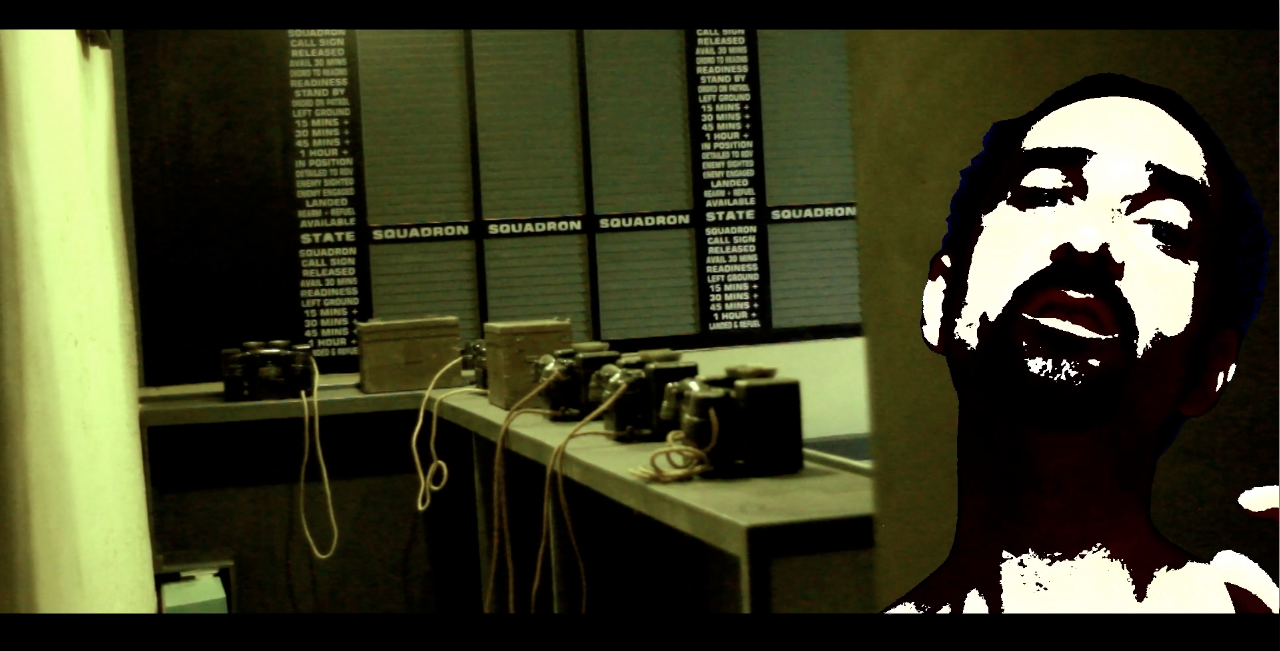 More information about the track, the lyrics and history available here.
Posted by Anidroc at 11:33 1 comment:

Learn how to get your song on itunes at ReverbNation.com